The only essential equipment you need at your Code Club is a number of laptops or PCs, and you don’t need one computer per child — letting young people program together works very well. You don’t even need internet access: if there is no connectivity at your venue, you can download and install offline versions of Scratch and other programming environments. 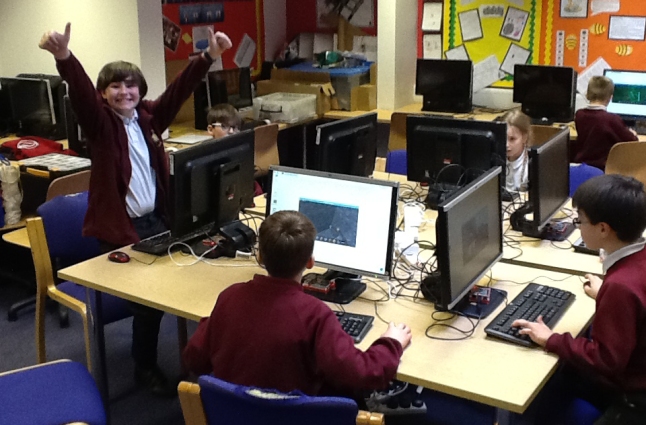 There are many ways of finding hardware

At some point you might like to introduce additional equipment such as micro:bits or Makey Makeys into your sessions, or let your learners program on Raspberry Pis and create physical computing projects with them. Here are examples of how some of our volunteers have sourced extra hardware for their Code Clubs:

Darren Townsend was able to equip his Code Club with six Raspberry Pis thanks to a small grant from his employer Warburton’s. For the monitors, keyboards, and mice to accompany the Pis, he enquired at a local company that he knew was changing its IT setup — they were happy to donate their used hardware free of charge.

“I reached out in my local area. Large companies update their IT equipment regularly. They don’t have to be tech companies — the best ones are places like customer service centres. And don’t forget the power of Facebook: you will be amazed what you can get just by asking on your local Facebook groups.” – Darren Townsend

When volunteer Paul Fretwell wanted to introduce physical computing with the Raspberry Pi to his Code Club, he also contacted his employer. He tells us: “When the managing director of our Northern Europe region came to give a presentation in my local office, I thought he would know who the right person would be for me to put my proposal to. So I grabbed the chance to pitch the idea to him. He was very enthusiastic about my ideas for my Code Club and told me he would authorise up to £1000. It was that easy!” Like Darren, Paul was also able to grab some monitors that were going to be recycled.

“I reached out in my local area. Large companies update their IT equipment regularly. They don’t have to be tech companies — the best ones are places like customer service centres. And don’t forget the power of Facebook: you will be amazed what you can get just by asking on your local Facebook groups.” – Darren Townsend

The power of the PTA

When Darren decided to upgrade his Pi setup, he was lucky enough to get some help from the school’s PTA, who donated the money for six new Pis, cases, and power supplies.

“It’s worth a shout out to the families of the young people [in your Code Club] to see if they have any unused kit gathering dust somewhere,” says Darren. “I’m willing to bet that there are plenty sat in garages or lofts, or even heading for the skip.” 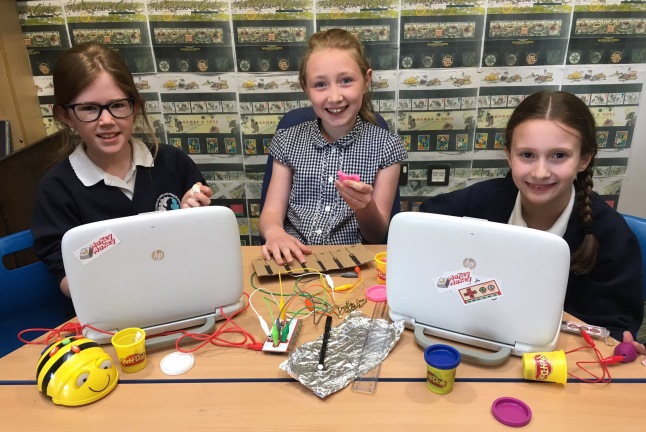 The PTA at Oakham CofE primary school decided to try crowdfunding when the school’s technology needed an upgrade. They raised £1254 on the crowdfunding platform Rocketfund, which is designed to help schools purchase new technology.

The PTA members spread the word using the school’s social media accounts, and sent out letters to local businesses to ask for their support. To encourage donations, they even live-streamed a teacher having his beard shaved off!

The money allowed them to purchase a set of Makey Makeys, which are now used regularly in the school’s Code Club. PTA chair Suzanne Armer says:
“We have just finished our first term since receiving our new equipment, and both the children and adults have had lots of fun. We have managed to encourage much excitement outside the classroom, there have been lots of demonstrations, and we are taking the equipment to a county show to show off some of the children’s projects.”

Get started with Code Club today

If you want to help run a Code Club, you can get started right now at www.codeclub.org.uk/start-a-club, or reach out to us on Twitter, Facebook, or via support@codeclub.org.uk if you have any questions.