In February of 2018, a new Code Club was set up at Bosomtwe International School in Ghana. Code Club volunteer Clement Cheah tells us how he came to travel from his home in Switzerland to West Africa to help them get started.

In 2009 I learned about a school in the heart of rural Ghana. The school was set up by former professional football player and local Ibrahim Oubda, and lessons were taught outside under a tree, or in a wooden hut. 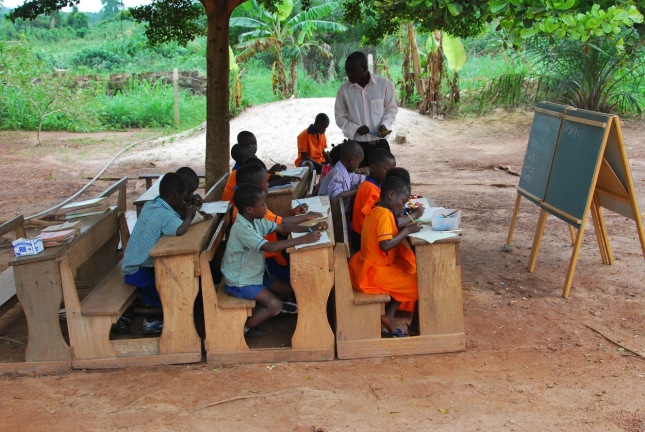 Since then, new buildings and classrooms have been built, and the school now has a new name: Bosomtwe International School (BIS). Inspired by their progress and my own experiences, I wanted to give BIS students an opportunity to learn IT and coding skills. Supported by friends, I started a project to equip the school with hardware, including 20 Raspberry Pi computers.

During my first trip to the school, I was warmly welcomed by students and teachers. One student, Ernest, particularly stood out. Ernest was not only passionate about computers, but also about aeroplanes, and he promised that in 10 years, he would fly me somewhere.

I’d never set up a computer room in a rural school, and though I had lots of ideas, there were plenty of things I hadn’t planned for. My allocated room was in a building without electricity, but with help from an electrician and after several trips to town (about an hour away), the IT room was set up with power. Computers were new to the students, and so the ICT teacher’s first goal was to teach them how to type on a keyboard and use a mouse. I travelled back home to Switzerland, happy that we’d made a good start!

Soon after my return, I discovered Code Club at the BETT show and was impressed by both the resources and by how easy it was to start a club. I remembered Ernest, and wondered if he would enjoy coding. I shared the idea of starting a Code Club with the BIS’s ICT teacher, Bismark, and he was very supportive. Therefore, my new goal was to start a Code Club during my next visit in February 2018. 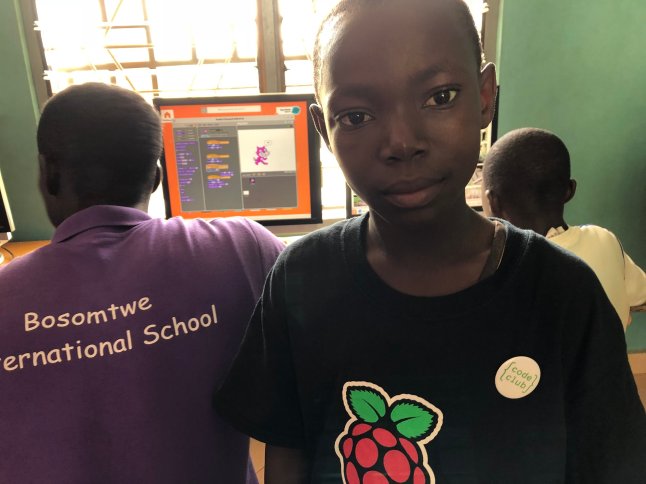 Ernest, the ‘Computer Man’ at BIS

Back at BIS, I introduced Code Club and Scratch programming to Bismark and to Ernest, who by now was known as the ‘Computer Man’ at the school. Both found Scratch very user-friendly and were confident they could use it to continue the BIS Code Club. We put up Code Club posters and gave Code Club stickers to the excited students who came to try Scratch.

I am extremely happy that Ernest and his friends have this opportunity to learn coding. In the future Ernest could become a pilot, a software engineer, or even the next tech entrepreneur — who knows! I do know that BIS students (and teachers) are now learning to code thanks to the support of Code Club and the Raspberry Pi Foundation. I encourage everyone to start a Code Club in their community, or even in communities far away where the lives of children and their communities can be improved through learning a new skill: coding!

There are Code Clubs in more than 140 countries around the world! Start one in your community now by heading to www.codeclubworld.org.