Today we are excited to make the announcement that Tech North has joined Code Club as a Supporting Partner for 2016, hooray!

Tech North is a government-funded initiative whose mission is to accelerate the development of the North’s digital economy. Their team is particularly focused on the seven cities of Hull, Leeds, Liverpool, Manchester, Newcastle, Sheffield and Sunderland. They joined us this week at a Code Club being run by a group of volunteers at Liverpool’s Central Library to launch the partnership. 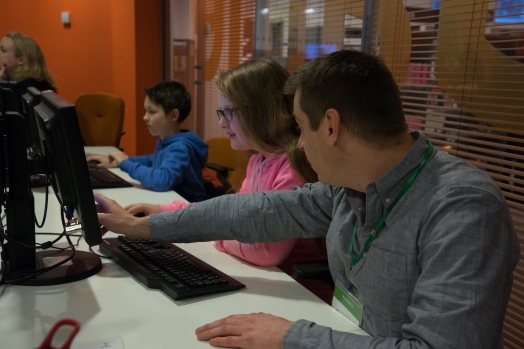 We’re thrilled that Tech North will be working with us to increase the number of children becoming excited about digital making, as well as encouraging more businesses to get involved in their community by running Code Clubs

Herb Kim, Executive Chairman of Tech North explained: “The future success of the Northern digital economy is reliant upon skills and access to talent…This partnership will future proof the boom in digital industry by fostering a pipeline of tech talent.” 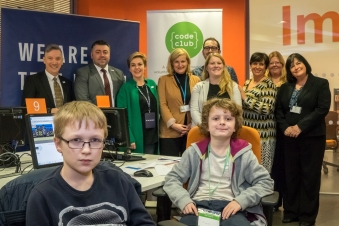 One of the Liverpool library club’s volunteers, Zarino Zappia, said: “It would be fantastic if the new partnership between Tech North and Code Club results in more public clubs like ours popping up in libraries and public venues all over Merseyside.”

We’re looking forward to working with Tech North over the next year and thank them for choosing Code Club as a partner. To find out more about their work, you can visit their website here.

You can see what happened on the day in this great video from Tech North: